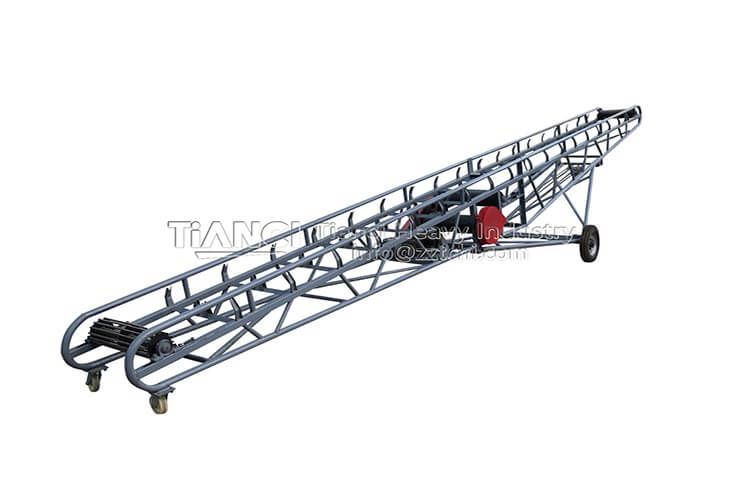 Tape conveyor is also called belt conveyor, which is the main equipment of organic fertilizer production. Conveyor belt movement according to the principle of friction transmission, suitable for conveying bulk density less than 1.67 ton / CBM
Share With:
SEND E-MAIL chat now
Troughed belt conveyor is also called belt conveyor, it is the main equipment in the organic fertilizer production line. Conveyor belt moves according to the principle of friction transmission, it's suitable for conveying bulk density less than 1.67 ton / CBM, that is easy to extract the powder, granular, small pieces of low-cut materials and bags of materials, such as coal, gravel , sand, cement, fertilizer, grain and so on.
Troughed belt conveyor can be used in the ambient temperature -20℃ to +40℃range, the temperature of transmission materials is less than 60℃.
The captain and assembly form can be determined according to users' requirements, the drive can be used electricity drum, can also be used with the drive frame drive device.
Telescopic Belt conveyor applicable scope:
Belt conveyor can be used for horizontal transport or tilting transport, the use is very convenient, which is widely used in a variety of modern industrial enterprises, such as mine underground tunnel, mine ground transportation system, open pit and collection areas.
According to the requirements of the conveyor process, it can be a single conveyor, also can be a number of components or other transport equipment to form a horizontal or inclined transport system to meet the different layout of the line needs.

Please Feel free to give your inquiry in the form below. We will reply you in 24 hours..