Interpretation of the production process of organic fertilizer granulation

2020-04-17
The organic fertilizer manufacturing process is mainly to screen and magnetically sort the organic waste with a water content of about 30% to 35% after fermentation and decay to prepare round granular organic fertilizer, and add functional bacteria to produce biological organic Fertilizer, adding nitrogen, phosphorus and potassium (total nutrient content less than 15%) can produce organic and inorganic fertilizers. 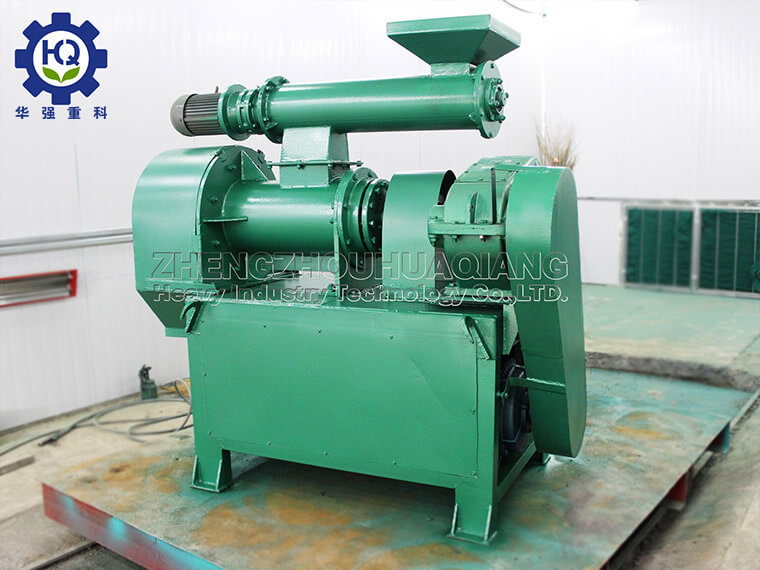 After the fermented organic waste is subjected to magnetic separation and sieving, the raw materials with binder and other ingredients to be compatible are metered according to the ratio requirements, and then lifted into a multi-dimensional high-efficiency mixer by a bucket elevator for rapid mixing. The mixed material slips out into the mixing bin, and is continuously and uniformly fed into the extrusion granulator by the disc feeder to make cylindrical particles; the cylindrical particles are polished and formed into spherical particles by the circular particle polishing and shaping machine, and are formed by the belt. The machine is fed into the drying, cooling and screening machine (three-in-one model). The particles are dried at a low temperature and large air volume (≤65 ℃) in the front section of the drying and cooling screening machine, and then enter the cooling section for air cooling. After sufficient cooling The material enters the screen installed at the end of the cylinder, and the sieved finished particles are transported by the elevator to the finished product silo, which is measured and packaged by the packaging system; the sifted large particles are returned to the mixing granulation system after crushing; The sieved small particles (basically without powder) can be made into small packages and sold directly.