2020-09-07
The working principle of the rotary drum granulator is similar to that of the large granulating equipment such as the organic fertilizer granulator. Materials depend on the surface tension, suitable liquid phase volume, extrusion force generated by rolling between materials, and the correct movement direction of materials in the granulator, with small particles as the core, they absorb and adhere to each other and form balls during rolling. In a certain period of time, the higher the rolling frequency is, the higher the spheroidization rate is, and the rounder the particles are. In order to improve the pelletizing rate of rotary drum granulator and increase the aesthetics of finished products, it is necessary to start from the production factors affecting granulation. 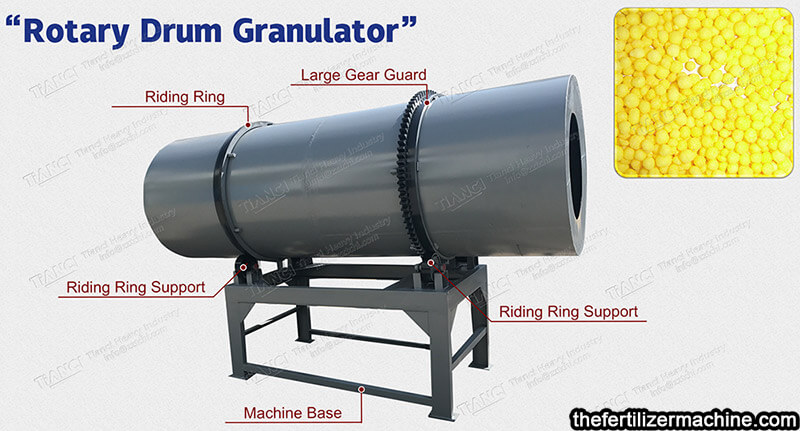